The best-selling comedy franchise returns and features some of the most raw and hilarious talent including: Capone (TV’s “Showtime at the Apollo”), Lil’ Duval (TV’s “BET’s Comicview”), Tony Roberts (Comedy Only in da Hood) and Jay Pharoah (TV’s “Saturday Night Live”). ‘All Star Comedy Jam – Live from Orlando’ was filmed at Hard Rock Live, in front of a live audience during the All-Star Weekend in Orlando, FL. 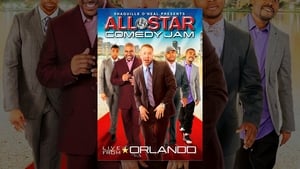