Beautiful Wrestler: Down for the Count (1984)

Megu (Natsuko Yamamoto) enrolls in an extracurricular girls’ wrestling club, but things aren’t quite what she expected. She soon learns the club’s training program includes humiliating sexual submission to the senior female wrestlers and that the club’s finances are secured with the prostitution of the girls to the members of a nearby all-male wrestling club. Megu’s life is further strained when a rival wrestler Shinobu (Kaoru Ada) shows interest in her new boyfriend. This tension erupts at a no-holds-barred wrestling match. Megu’s strength is pushed to the limit but she has a secret weapon—superhuman strength whenever she removes her tampon. 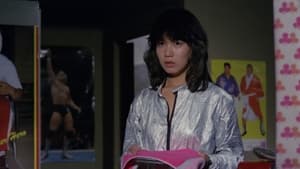