Ted meets and falls in love with Nora Paige, an aspiring Broadway dancer who tries out for a show starring Lucy James. After Ted rescues Lucy’s pet dog during a public relations campaign on his submarine, Lucy falls for him. Ted is ordered to meet Lucy for a date at a night club, who later sees their picture in the newspaper and no longer wants anything to do with him. 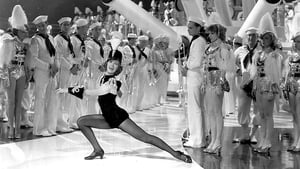