Inspired by the moving book “Só as Mães São Felizes”, by Lucinha Araújo, Cazuza’s mother, the film covers a little more than 10 years of the singer’s crazy and brief life – from the beginning of his career in the Circo Voador venue, in 1981, to the huge success and the apotheosis of his shows with the Barão Vermelho band, his solo career, his relations with his parents, friends, lovers and passions, and the courage he had to face his final years, with HIV, until his death, in 1990. 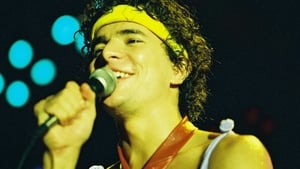