Having left Ireland, Finian McLonergan and his daughter Sharon arrive in the American state of Missitucky with a magical golden crock that has been stolen from Og, a leprechaun. Finian buries the crock near Fort Knox believing that it will grow bigger, and he and Sharon settle down in Rainbow Valley, a small community of racially-integrated sharecroppers. Meanwhile, Rawkins, a racist Senator, is determined to get his hands on the land but is thwarted when he is magically turned black and gets a helping of his own bigotry. After many plot twists, all is resolved and love, wealth and happiness descend on Rainbow Valley. 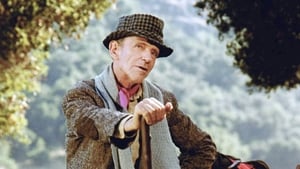