Living in Carmel, California, Julie and Lyle Benton, a flight attendant and a concert pianist respectively, are having problems in their marriage because of Lyle’s extreme jealousy. A recent incident consisted of his jealousy resulting in a violent outrage followed by what to her seemed like a heartfelt apology and pleading to her to help him get over this jealous feeling. This marriage is Julie’s second, her first ending when Julie’s then husband, Bob, committed suicide. When Bob’s cousin, Cliff Henderson, suspects that Bob didn’t commit suicide, Julie thinks that Lyle may have murdered him instead. Upon questioning by Julie, Lyle does admit to killing Bob, all in the name of his love for her. With only Cliff to help her, Julie, knowing that Lyle will kill her as well if she ever tries to leave him, has to come up with a plan to get away from Lyle for good. When Julie is called in unexpectedly to work on a flight, she might have gotten her opportunity to get away. But even if she can get away, she will have to convince others that Lyle is a murderer, with no direct evidence as such except her word against his. 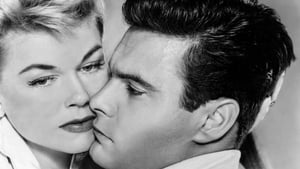