By accident, Colleen Gibson shoots and kills her gold-digging cheating boyfriend, Dick, a private eye who happens to have a hitman on his tail. Danny the hitman works for his brother-in-law, a cheerful but nasty Irish mobster, hasn’t actually killed anyone, and wants to be a singer. He falls for Colleen. she likes him, too. He can solve her problem (Dick’s body), she can solve his (meeting the mobster’s demands that he kill people like Dick). Danny has an ex-girlfriend, who might still hold the key to his heart, two cops are sniffing around for Dick, a junk yard owner gets a conscience, and a talent show is coming up. Bullets, music, and true love are set to collide. 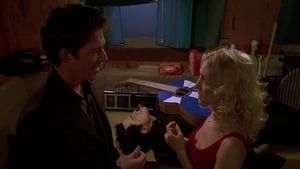