The MDNA Tour was the ninth concert tour by Madonna. Madonna had embarked on The MDNA Tour for promotion of her twelfth studio album MDNA. The performances at the American Airlines Arena in Miami, Florida during the North American leg of The MDNA Tour were documented for video release. Madonna described the tour as “the journey of a soul from darkness to light”. The tour was a commercial success although it courted a number of controversies. It was dubbed as the highest-grossing tour of 2012 by Billboard. Become the tenth highest-grossing tour of all time and overcome Celine Dion’s Taking Chances Tour as the second highest-grossing tour among female artists, behind Madonna’s own Sticky & Sweet Tour. 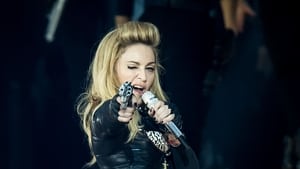