In 1996 Chris Carter followed up THE X-FILES with the darker, arguably more sophisticated series MILLENNIUM, a gothic horror show that pit actor Lance Henriksen against a thousand points of darkness. The series ended abruptly in 1999, but the darkness remains. Fans yearning for Frank Black’s heroic return can revisit past nightmares and see glimpses of a hopeful future in the new feature-length documentary, MILLENNIUM AFTER THE MILLENNIUM. 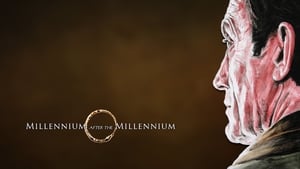