“The Truth About Love Tour: Live From Melbourne” is a 1 hour and 50 minute concert that was filmed in Melbourne during the Australian leg of the tour, where P!nk broke the record for most dates in one venue on the same tour, performing an astounding 18 shows to almost 250,000 fans – breaking her own record from her previous acclaimed Funhouse Tour in 2009. Pulling from her seven album repertoire, the show includes some of her biggest hits such as “Blow Me (One Last Kiss),”F***in’ Perfect,” “Try,” “Raise Your Glass,” and “So What” and P!nk’s recent single, “Just Give Me A Reason” featuring Nate Ruess. “The Truth About Love Tour: Live From Melbourne” features the jaw-dropping theatrics and acrobatics that P!nk has become renowned for, collaborating with creative partner and show director Larn Poland to produce a visually stunning stage production that includes pyrotechnics, soaring stunts, and career-spanning hits. 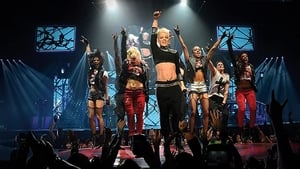