Two brothers Ah B and Dee live in two different worlds. Ah B decided to quit his smuggling business for a new life. He opens a nightclub to put his younger brother’s singing talent in the limelight. Confrontation and fighting in the club at a singing contest unfolds drug deals of partners of Ah B. Innocently involved in the smuggling case Ah B is sentenced for a long-term jail. Misunderstandings override love of the siblings. As time goes by, in the name of love can the two brothers live under the same sky? 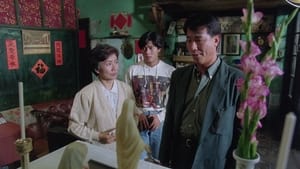