The third film version of ‘State Fair’ (and the second musical version).Margy Frake this time round is played by newcomer Pamela Tiffin, who has her voice dubbed as Jeanne Crain did 17 years earlier. Her squire at the fair this time round is called Jerry and works for that new-fangled media, the ‘tube’ or TV. He’s played by Bobby Darin who looks far too old to be chasing Tiffin – perhaps that is why a couple of references were added in this version about her age. 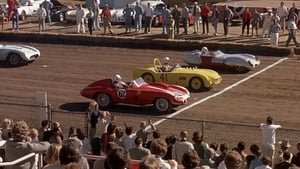