Many years after a nuclear war, the human survivors have created a new society where much of the work done by androids, referred to derisively by humans as “clickers”. A police official who is concerned that his sister has become involved with an android is sent to investigate a larger rumor that the androids are developing reason and emotion. An uncredited production of Karel Capek’s play R.U.R. 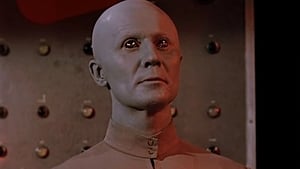