For over 40 years, the Green Park Hotel beckoned waves of Jewish immigrants to its idyllic seaside location on England’s southern coast. A European counterpart to resorts in the Catskills, it was a place to see and be seen, where the only thing more legendary than the impeccable service was the seemingly endless array of gourmet kosher food. It was also the matchmaking grounds for generations of young lovers who met their future spouses for the first time, and often returned years later with their own children. Former guests and employees share their memories, personal photographs and home movies, revealing a simpler, happier, and more prosperous period when the good times seemed as if they would never end. More than a time capsule of an iconic hotel, The Green Park is a heartfelt tribute to a bygone era and the cultural roots of the Anglo-Jewish community. 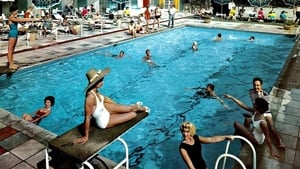