In 1997, four campers went missing during the Phoenix Lights incident and their bodies were never found. The Phoenix Tapes 97 is comprised of their final footage. This film is dedicated to the lives lost during the events displayed. To their families and friends and to the authorities who continue to search for answers. ​ The tapes were found by Dustin Miller’s father two years after Dustin was mysteriously shot and killed at a traffic stop in Texas. Peter Miller believes his son was acting as a whistleblower and had smuggled the tapes from his classified government agency in an effort to expose the truth as to what really happened to the four missing campers seen in the tapes. ​ After searching every newspaper and media publication around Phoenix during that time period, we only found one initial announcement that four campers were reported missing, as well as a formal police report folder with local PD but the folder had no files inside. 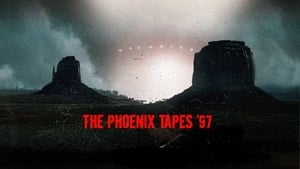