President Trump, the 45th President of the United States, the most polarizing figure to ever hold the office. Some have called him the worst thing to happen to America. A racist, sexist, crazy, and unhinged. Others call him a man of integrity, a true patriot, appointed by God to lead the United States. Love him or hate him this film answers the question; What will the world look like in 2024 after Trump as he battles to maintain the foundational values and the independence of the United States against a global community. 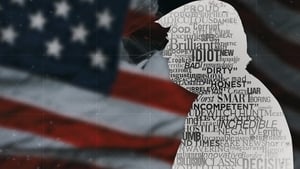