Balkan Prince Henry has two wishes, to meet Lauren Bacall and see the “real” America. He befriends cabbie Buzz Williams and, without knowing the microphone is live, the two stage a debate on democracy versus monarchy broadcast back to the Prince’s homeland. A plebiscite there puts Henry out of a job. Flying to MIlwaukee to become a beer salesman, he meets Bacall on the seat next to his, but a tap on his shoulder means he must give up his seat (and dream) to Bogie. 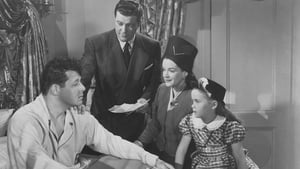