“Under Ten Flags” is a WWII movie loosely based on the true story of the German navy commerce raider Atlantis, a converted Auxilliary Cruiser, and her Captain Bernhard Rogge. Atlantis, camouflaged as a merchant ship, cruised the South Seas ( Atlantic, Indian & Pacific) and sank or captured 22 merchant ships from May 1940 through November 22, 1941 when she was sunk by the British Cruiser HMS Devonshire. Rogge was one of the few German officers of flag rank who were not arrested by the Allies after the war ended. This was due to the very proper and ethical way he exercised his command of Atlantis. After the war he advanced to Rear Admiral in the West German Navy and became a high-ranking NATO commander. 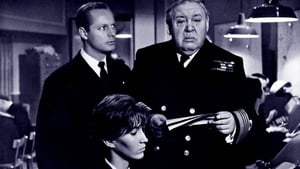