The Birth of Skiing in AfghanistanSep. 03, 2019Australia100 Min.PG
Your rating: 0
6 1 vote
Documentary
Report the error details.

When two men compete to qualify in the Winter Olympics for the first time for Afghanistan, they realize that home is worth fighting for. In their wake they leave a passion for skiing and a hope for a brighter future. Where the Light Shines is the debut documentary from Pulitzer Prize-winning photographer Daniel Etter with stunning cinematography by Angello Faccini. It is produced by Academy Award nominees Marcel Mettelsiefen and Stephen Ellis along with Steven Sawalich from Articulus Entertainment. Filmed over four years, Where the Light Shines paints an intimate portrait of life in Afghanistan and shows the difficulties of trying to create change in a country that for generations has only seen war. 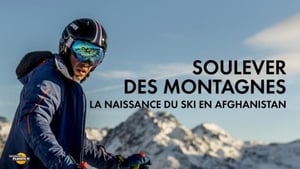